From the Hospital to the Blue Ridge Parkway

A Courageous look at Keto 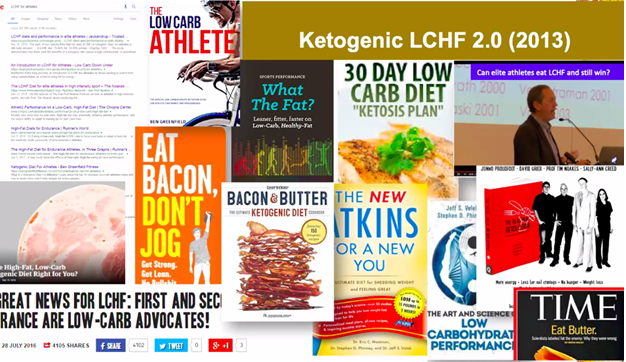 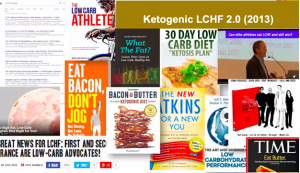 This weekend, I participated in a nutrition conference.  I decided that one of the sessions deserved sharing, since it contains some fad nutrition stuff and connects back to a biblical story.

When I heard that there was a presentation about the truth behind Keto as a nutrition strategy, I decided that I needed to be courageous enough to sit through it and take notes.  I had already read about it and watched my wife attempt the Adkins diet a couple of times, so I knew what the expectations looked like.  I know several people who are convinced that avoiding carbs is good for them, so I gave the presentation a fair chance.  Integrity has, at its core, a willingness to be wrong.

Somewhere at the start of the last decade, Keto diets (low carb high fat or LCHF) became a mainstream nutrition strategy.  Books like the ones in the graphics below were published, and there was an abundance of cookbooks on the topic, all of them laced with comments that yelled, “this is working for me.”  From a scientific perspective, this sort of fast acceptance was an anomaly, as there was no new research on the topic associated with their claims.  Historically, either new research or new translations of research generate this sort of activity and interest.  Not this time, and I really wanted to know why.

The presenter had 30 years of research studies into the observed differences between High Carbohydrate (HCHO) and Low Carb High Fat (LCHF) as it relates to people concerned about body performance.  Many of her references were research studies she had been a part of, but more importantly, she looked at people who were making opposing claims with earnest.  What assumptions were they making?  How did their assumptions compare to hers?  What real world evidence supported as well as disproved the clinically observed outcomes?  Really good science!

Five minutes into the presentation, I still didn’t know if she was recommending it or discouraging LCHF.  Since she did have a lot of graphics to illustrate the history on the topic, I thought she was pro-Keto.  However, as she started citing some research that explored the claims of the LCHF diet, it became obvious that her instrument of measure was athletic performance when money is on the line.

Her evidence across disciplines were consistent. She looked at Olympic speed walkers, cyclists, runners and some others that I didn’t memorize or takes notes on.   Here are the three points of her composite research findings.

Physiologically, I know that fats burn long and slow, so thinking you could be a rock star on the athletic fields studied using fats as fuels seemed crazy.  Granted, if your goals are to lose weight because you are obese or are struggling with seizures, then LCHO makes sense.  However, if your goals are to really be good at your discipline, you are using the equivalent of ethanol while your competitors are using super unleaded.

As I explored the meaning behind the story, I found my way back to an ancient story.  This isn’t new, at all.

God knew of this propensity of ours to treat the body as something other than the temple of God and take an alternate path, the consequences be damned.  Something in the nutrition world that allows us to successfully maintain is good enough, right?

Matthew 25 outlines the lie in this thinking in the parable of the talents.  Three men were each given currency in great quantities.  One man was given 1 talent (a talent is a lifetime’s earnings for one person), another was given 3 and another was given 5.

Those with the 3 and 5 took risks and invested outside of themselves.  Their money grew and when the master came back, each of them told the master that they doubled their money.  The master was proud of them.  The one who was given 1 talent announced that he buried his talent, trying only to maintain what he had been given.  He was harshly reprimanded for not getting better, or even trying, and the master gave his money to the others.

How does that apply here? Maintaining what you have isn’t a goal.  Anyone who cherishes their church and temple want it to get better and observe those who are inside improve.  Yet, for whatever reason, we select a diet that inhibits our ability to make it better, because someone told us that “if you eat a LCHF diet, you can lose weight and keep it off.”

She referenced a study that showed LCHF diets decreased in immune system response, as well.  In a world where Covid19 was the only thing on the news, it is ironic that such a diet is still an option for many.

My life experience is inadequate to use a basis for sweeping conclusions about nutrition.  So is yours.  I could rob and bank, make a lot of money, and get away without consequence-that doesn’t mean that robbing a bank is a good way to make a lot of money. Yet, both common sense, old and new research convinced me that LCHF isn’t how we were meant to fuel.  It is meant to be a spare tire when our wheels with large treads and steel belts are unavailable.

For anyone looking to fuel for a big event with intentions of going and staying above 70% of your maximum effort for an extended period, don’t get duped.  Instead, go with science that matches how you were made.  Learn how to fuel properly as you train for and compete in that big event and practice Romans 12:1.

Remember, this is a blog and not a scientific paper.  However, I did keep many of her references, for those who want them. 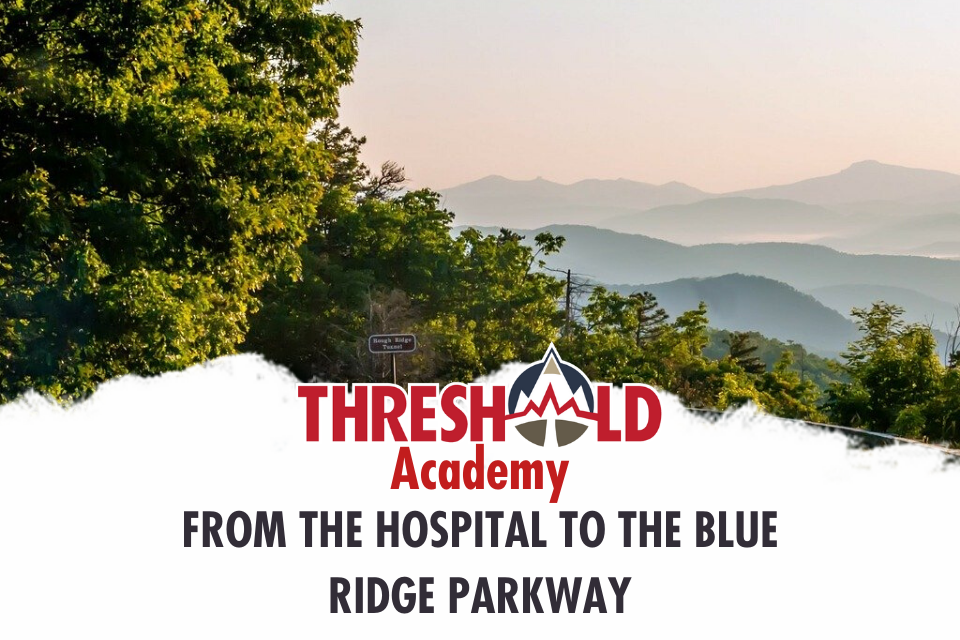 From the Hospital to the Blue Ridge Parkway 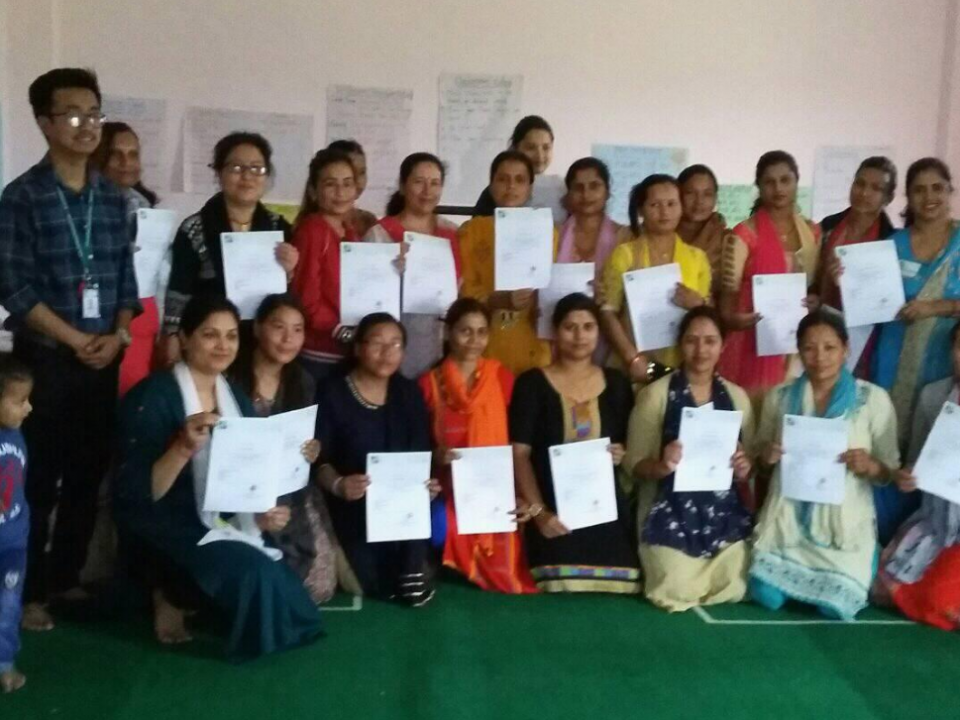