The bus wreck that became the National Championship….

“But for each of us, isn’t life about determining your own finish line?” Diana Nyad

This last weekend, my finish line took 2 days to reach, and there is no way I could ever forget it.  I was scheduled to cycle 162 miles this weekend, including my first 100 mile day.  For a seasoned cyclist, these distances are a somewhat matter of factual part of a training weekend.

I am not a seasoned cyclist…

But a weekend (or more) with this level of climbing and intensity must be a part of my preparation for the Long Duathlon in Zofingen in two months.  I expected that this was going to be a “no pain, no gain” weekend.

I viewed back-to-back days with some fear mixed in with my excitement. Between the driving and cycling, these events would take all weekend.  With my family out of town, the timing was great for these back-to-back rides.  They started on Friday night after work.  I drove couple of hours to the North Carolina mountains to participate in the Hot Doggett 100-mile mountain ride.  This ride was scheduled to take 6 or so hours on Saturday.  The name comes from a mountain near the Tennessee border, Mount Doggett.   Then, on Sunday am, I would to the other side of Charlotte to participate in the Dog Days of Dallas, a 62-mile ride through parts of 4 rural NC counties that I would never otherwise see.

The Hot Doggett started and ended at Mars Hill University, a local NC college set in the mountains north of Asheville, halfway to Tennessee.  Somewhere around 50-80 of us were to start a 100-mile ride at 7:30AM. The views on the ride were to be rich and full of green mountain botany and blue skies leading both in and out of the small towns we would cycle through.  When I arrived on campus, I was rushed, as it took a while a find a parking spot.  I took my bike out, filled the tires with air, and strapped on lots of nutrition for the ride. “Nutrition” means sugars, caffeine and salt.  With my lack of time pushing me to get ready, I skipped the standard trip to the porta john and used the woods in front of the van, instead.  Thank goodness for fallen leaves, as there are no toilet paper trees in that part of the state.

When my bike and I made it to the starting line, I wasn’t shocked to see that no other cyclists were there, as the ride had already started three minutes earlier. I had to ask the timekeeper which way everyone else went.  It created anxiety, knowing that before I even could warm up, I needed to catch the peloton.  I caught my first straggler after 5 minutes, and within 15 minutes, I was in a group of about 30.  The effort needed to do that was non-incidental as the ride climbed nearly 2000 feet in the first 18 miles.  There are no hill patterns of that magnitude at home to practice riding on.  Fifteen minutes into the ride, and I was already sweating.

The temperature stayed cool all morning, and as I warmed up, I quickly slipped past this group, pulling a few people with me.  Riding at the front of strong cyclist, in my aero bars, I entered a kind of twilight zone that felt indefinitely sustainable.  Add that to the inspiration that comes from watching the Tour de France and I had plenty of intangibles to help me overcome the late start.  The highs and lows of the ride happened as planned.  I fried on my climbs, and got cold on the summits, and recovered on the flats.

The personal goal of the ride wasn’t just to finish it, but to finish without stopping or backing off in my effort.  That said, the thought of pulling over and taking a couple of minutes break crossed my mind, especially after 4 hours of steady riding on legs that were screaming at me – wondering what they had done wrong to deserve this.  My bike had the wrong size gears on the back cassette, and climbing on low cadence with big gears wore me out.

During rides and duathlons, I chat a lot. On this ride, I had a couple of conversations to help ease the suffering that goes with sustained climbing.  Aiden is training for Ironman Lake Placid in a few weeks and he looked the part….fancy matching uniform, a bike with all the bells and whistles, and calves the size of our pet chickens.  He too was an IT guy and had nobody in his work life that related to his want to get on a bike and go, and go and go….

There were other guys out there, but the oddest and maybe the oldest guy in the bunch was an guy named Al. At 63, Al’s skin looked the age.  He biked as part of his sanity regimen as a surgeon.  He asked me how many times I’d done the ride. When I told him this was my first 100 mile ride, he responded with a quaint, “What the hell? I’ve done 100 mile rides from Virginia to Alabama and this one is as hard as they get. Son, you picked a doozey for your first long ride.”  The perceived difficulty motivated me throughout the day.

Throughout the day, I would pass Al on all the flats only to see him catch and pass me on every climb. Al was about 6’6” and 140 pounds, giving him a wonderful power to weight ratio. His fitness allowed him to be equally chatty.  In addition, he had a cassette on his rear wheel meant for climbing, whereas mine was meant for the flat lands.

Each time he would pass me, I would make a joke about moving over for the old people.  Geritol, AARP membership benefits and Social Security didn’t help me feel better.  Truth was that I was at 100%+ on those climbs and he was better.  Damn Al!

Coming down off of one of the mountains, I met up with a memory from my days as a Peace Corps Volunteer in Nepal.  The scenario while climbing Devil’s Fork reminded me of a day when I was travelling to the remote Nepal town of Jumla.  Getting to Jumla meant crossing many summits and Himalayan passes, and with a full pack, travelling alone in the Himalaya was tough.  An hour below the top of the last ridge, I could go no more.  I sat down, feeling defeated, and I spent 5 minutes with my butt on the ground.  Out of nowhere, an old man with a flock of sheep came up the trail and passed me.  Seeing him his sheep go by motivated me to get up and keep moving.  I so wanted to stop and take a break on the side of Devil’s fork. I looked for places on the side of the road to pull my bike over and take a break, but I couldn’t find any. As I hit the 1 mile point to the summit, Al passed me again.  The only thing Al was missing was a flock of trailing sheep.

After Al passed, I knew that there was no way I was going to stop now.  I fought the rest of the way to the summit, telling myself that this was only making me stronger and expanding my lactic threshold while cycling. Yet, stopping at the summit was a mixed blessing, as the winds and cold temperatures made even refilling my water bottles a painful task.  Despite the wind and cold, it was a needed stop.  Sponsors of the ride had great food selections. I stuffed myself with watermelon and oranges and filled both my water bottles again.  In addition, each time I filled my water bottles, I took a salt pill.  After 10 minutes of descending, I felt stronger and had warmed back up as my jersey dried out.

Soon after crossing the finish line, I added up my nutrition: 10 liters of water, 6 salt pills, 150 milligrams of caffeine, and I don’t even know how many pounds of carbs.  I took a shower, and a couple of Advil before having a meal of BBQ sandwiches, fresh hummus and pita bread before getting in the car to drive three hours back home. I expected to have the desire to pull over and take a nap. After all, I had just traveled 100 miles and climbed over 9700 feet.  Instead, I played my lead card. I got on the cell phone and played chatty for most of the ride home.

The following morning, I was expecting to feel like I’d been hit by a bus.  Anything but!  I found it pretty easy to head down the driveway at 6:15 to drive to Dallas, NC, to do a 62-mile ride.  This ride was hotter, but there were many fewer hills which meant I drank less water…a mere 6 liters.  When I got off the bike to take a shower at the finish line, I had a strong sense of pride.  During the last 27 hours, I had climbed 13000 feet, and cycled ~165 miles and felt like I could run…but probably not a marathon at a 3:10 pace.  My coach tells me that this is great training.

That is great news, as I have only 1 week until I climb in the Rockies…

5 weeks until the Pyrenees…

7 weeks until the World Championships. 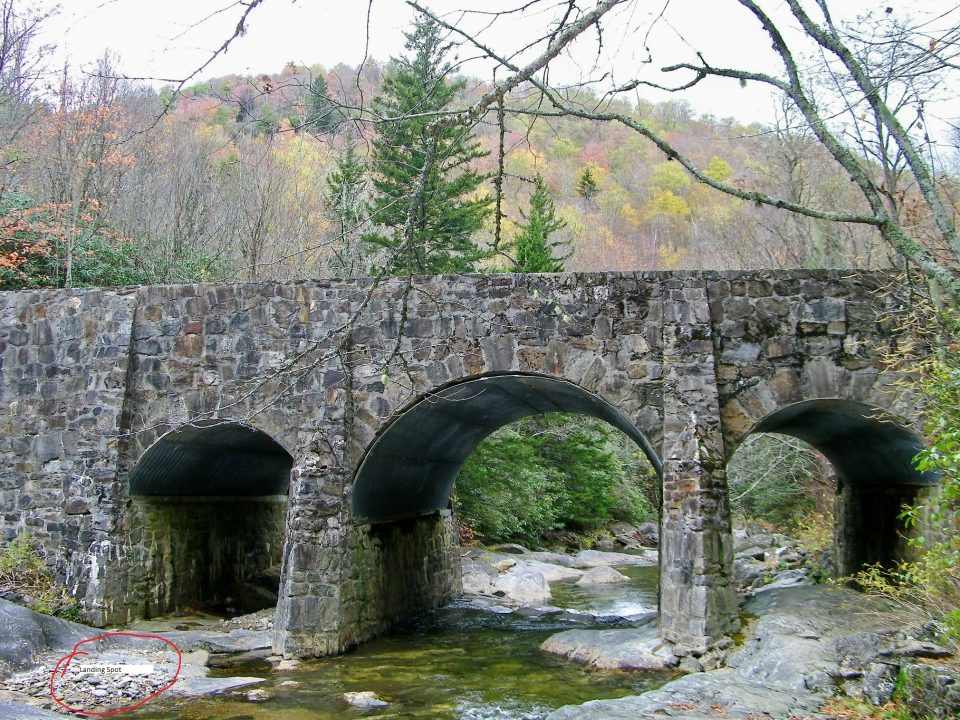 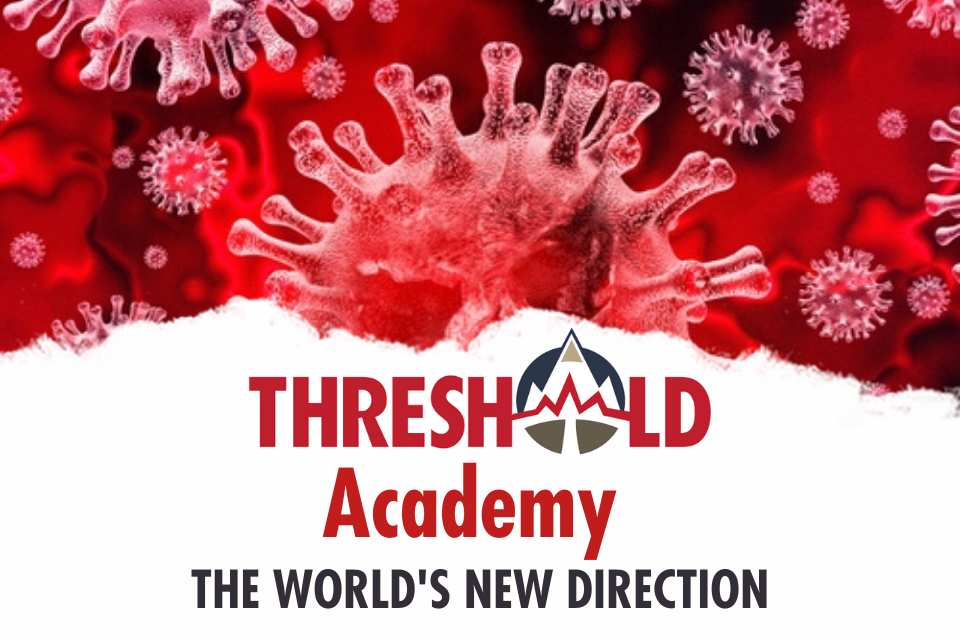