How to prepare for the Pyrenees

Running takes up a lot of my training time…partly because it is a big part of my sport and partly because I like what it does to me.  Pilates and Cycling can take lots of expensive equipment, but running has no such requirements.  Shorts, shirt, shoes and a place to go…that is all that is necessary.  During those runs, your body gets toned and your head gets clear.  Running puts me in my element.

The Entrance to Philmont

But it hasn’t always been that way.  Philmont Scout Ranch was my summer home in 1981, ’83 and ’84, and it changed my life for the better.  The leadership skills and ability to interact with people from diverse backgrounds continues to play a huge role in my business success.  Last week, I went back to Philmont, this time, with the next generation of scouts, as an adult leader.  This summer’s return to Philmont was a commitment that our Boy Scout troop made 2 years ago.  At the time of commitment, I had yet to compete in any National or World Championships, let alone be preparing for a 2nd World Championship.  Yet, with only a month from perhaps the hardest race of my life, I found myself in a scout uniform, trekking in the high desert of New Mexico, across some of the most beautiful countryside in the world.

While at Philmont, I knew that the high altitude hiking would toughen up both my legs and my lung capacity, but it would not be enough just to hike up and down hills all day.  Hiking does not crank my heart rate up to mad scientist levels required to race for 8 to 9 hours.  I needed more than a casual 12-mile stroll on a mountain trail wearing a backpack to further my preparation for the World Championship in Zofingen, Switzerland.

So, I chose to bring my running shoes, shorts and a T-shirt.  I played the TeamUSA card with Philmont management, and I got permission from the camp management to go off running on the property.  I ran perhaps 5 of 6 times during the two weeks at Philmont, but I will only discuss three of those times.  Each one could be a blog post, but time for blogging is at a premium these days.

Never Knew What You Did to Me

Back in 1983, I was 17 and worked in the kitchen, serving food and cleaning up after others.  The job was not interesting, but the people and their life stories were.  One guy from Kansas suggested that we all go running into “town” after work for some pizza/ice cream/whatever.  I was not a runner at the time, but most of us took him up on the offer.  A farm boy from Pennsylvania, a girl from Nebraska, a guy from Brownsville, TX, and others, all put our shoes on and headed out the Philmont gates towards town.  Town, as we called Cimarron, was 4 miles away, and the path to get there was rolling hills on paved roads, and the terrain was very dry.  Even the grasshoppers were thirsty!  Mr. Kansas took off ahead of everyone else, as we later discovered he ran Cross Country in High School.  I pushed as hard as I could, going perhaps a mile at a time before I would need to stop to walk and take a break.  After a minute of walking and positive self-talk, I would push myself to start running again.  The combination of altitude, lack of conditioning and dry conditions pushed me to walking nearly half of the experience.  When we reached town, Mr. Kansas had already finished his ice cream, and he was ready to hitch hike back to Philmont.  I don’t have good memories of that day, as I couldn’t do what I wanted to do, and others could.  In fact, it sucked to remember that day.

Upon arrival at Philmont this summer, the first thing I did with my free time was to recreate that moment and beat my past’s failure.  Once our check-in at base camp was complete and we had some free time, I put on my running shoes and headed into town.  In 30 minutes, I saw the sign, “Welcome to Cimarron,” and I teared up.  The last time I saw this sign, on foot, I was failing.  Now, this same person, with a much older and better-conditioned body, was succeeding. I went up to the sign, touched it and wiped a tear from my face and said, under my breath, “I had no idea that you were doing this to me.”  I turned around and ran back, telling no one at camp of that event from my past.  I did marvel at the staff members who gave me kudos upon hearing that an adult advisor had ran to town and back while waiting for opening campfire to start.  Those 8 miles weren’t difficult to complete, but the effect of putting that moment of failure behind me made the whole trip out there, worth it.

Wish Mr. Kansas was here to savor this moment with me.  Perhaps we could run it again…

Mt Baldy and the boys.

I took a bit of liberty with the special permission given to me by asking if there were any scouts in the troop who might want to get up and leave early with me to run/walk to the summit of Mt Baldy.  Being the highest point on the ranch at 12K+ feet at the peak, summiting Baldy is one of the top attractions at Philmont.  Many people who attempt it don’t reach the summit early enough and are forced to turn around to avoid bad weather that comes most afternoons.

The troop, with Mt Baldy in the background

Three boys took me up on my offer to cruise with me to the top, but one turned around within 5 minutes.  The remaining two boys (my son Alex and Blake, another scout from our area) took to a pattern of running and walking all the way to the bottom of the scree/scramble that takes place over the last 400 vertical feet of climbing.  We covered over 6 miles and passed several groups on our way to the top.  We started in shorts and T-shirts but we all had put on an extra layer or two by the time we reached the summit.

Alex, on the summit of Mt Baldy

We hit the summit a little after 8 am and were back down to Copper Park, the camping area nearest to the base of Baldy by 9:30, safe and sound.  As we sat near the water source that fed the camp, we rested after 10 miles of running and walking at greater than 10K feet.  As we sat on the ground, rejoicing in our success and resting our weary bodies, the remainder of our troop came up the trail, just now starting their ascent.  We told them that from our current location, our Garmin watch indicated that they were 3.74 miles from the summit and that they needed to pick up their pace a lot if they wanted to summit and get back down before afternoon weather moved in.  Alas, the other adults confided in me that one of the boys did not have the conditioning to keep going and we had to pull him from the trail and ask him to come back with the three of us.  Seeing the disappointment in the eyes of that boy as heard that he needed to go back and try again another day broke my heart, as he was older than either of the other two kids who reached the summit.  He walked in silence as the other two boys chatted for the next hour back to camp.  About 4 hours later, our troop returned from the summit, with no stories of joy.  One of the adult leaders also failed to condition properly before the trip, and the whole troop turned around about a mile from the summit.  Big bummer.

Off to the races, with a Racer.

When we reached our final camp of the trip, I took a seat on the porch and immediately got told that Dallas Elmore, a staff member at that camp, was a professional runner.  That perked my attention, and I sought the guy out.  Within a minute, I saw him run out of the camp, in 1980s running shorts and a T-shirt, heading up the trail.  When he returned an hour later, we struck up a conversation about running and agreed to hit the trails together the next day.

Dallas Elmore and me

Dallas Elmore is not a pro, but the staff there idolized him as if he was!  Turns out he is a Cross Country runner at the University of Tulsa, and he recently migrated from running shorter distances to running 8k and 10k.  He was getting in 60-70 miles a week running at Philmont, and I was jealous. His “day job” at Philmont was that of the camp cook, and after each meal, he could make time to hit the trails to strengthen his aerobic systems and keep his legs strong.  The following am, we agreed to go for a run, together, after breakfast.

The air was so nice and cool when we started….wish NC air was like Philmont air in August!  We passed lots of kids carrying full packs, huffing it up and down the trails that we were running.  For the first two miles, we talked and went up and over everything in our way.  We saw deer and jumped over and around boulders and roots.  I was amazed at the beauty in front of us as we descended into Hidden Valley.  The views of the sunlight first touching the valley was like a Van Gogh painting.  However, what I thought was a good workout turned out to be a warm up for Dallas.  Somewhere in the middle of Hidden Valley, he decided that he was ready to really run.  For the next 25 or so minutes, I would only see him for a few seconds at a time.  Dallas would race ahead, turn around and come back for me, only to race ahead again.  After nearly 50 minutes of running, we made it back to the camp cabin. I was more than quick to call that a great workout.  Dallas, on the other hand, took off to finish his workout, which included another 20 to 30 minutes of running.

Oh, the joys of youth.  Sure, he was young enough to be my son, but I thought that my time on the trails, running by myself and with my boys would have prepped me enough to stay with him the whole time.

When a return visit to a familiar place creates new experiences like this, that familiar place becomes even more special.  As a Philmont Ranger, we would always gather before meals and sing a song that starts with the words, “I wanna go back to Philmont!”

I am so glad that I went back to Philmont.  Thanks go out to Dallas, Philmont administration, Alex, Blake and Mr. Kansas for making my workouts at Philmont most memorable.

Once we arrived back home, I started in on the hardest part of my race preparation, as I prepare to peak for Worlds.  Philmont did good things for me.  I dropped 6 lbs and now weigh 162 lbs.  This is the lightest I have been since I got married 21 years ago.  Since returning home, I am running long distances faster than I ever have, as well.  Alas, my cycling is NOT as good as when I left…the subject of another post, another time. 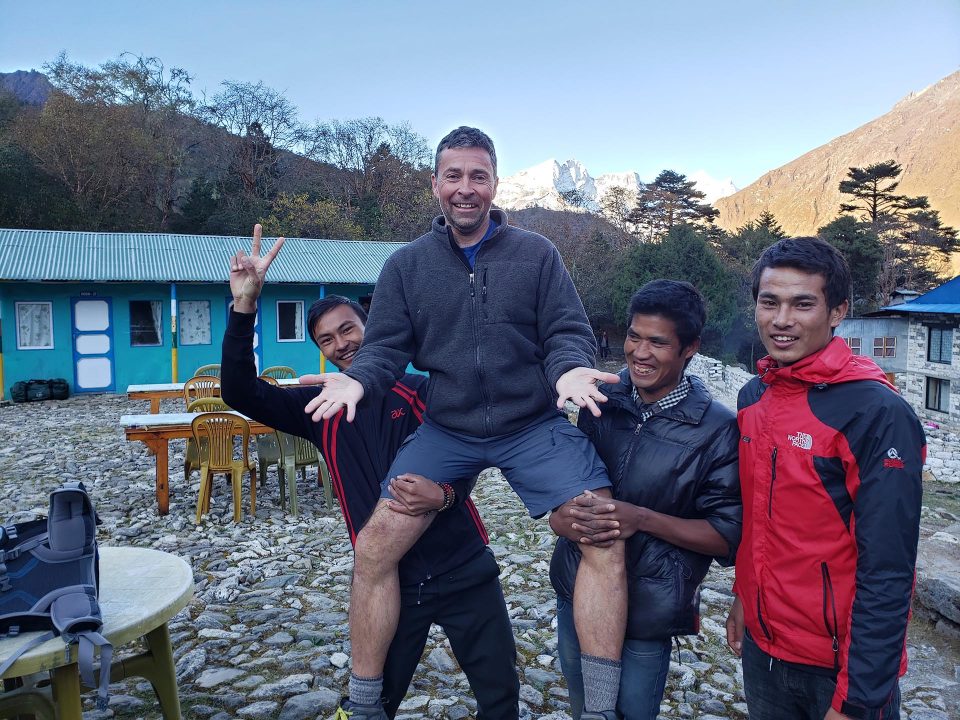 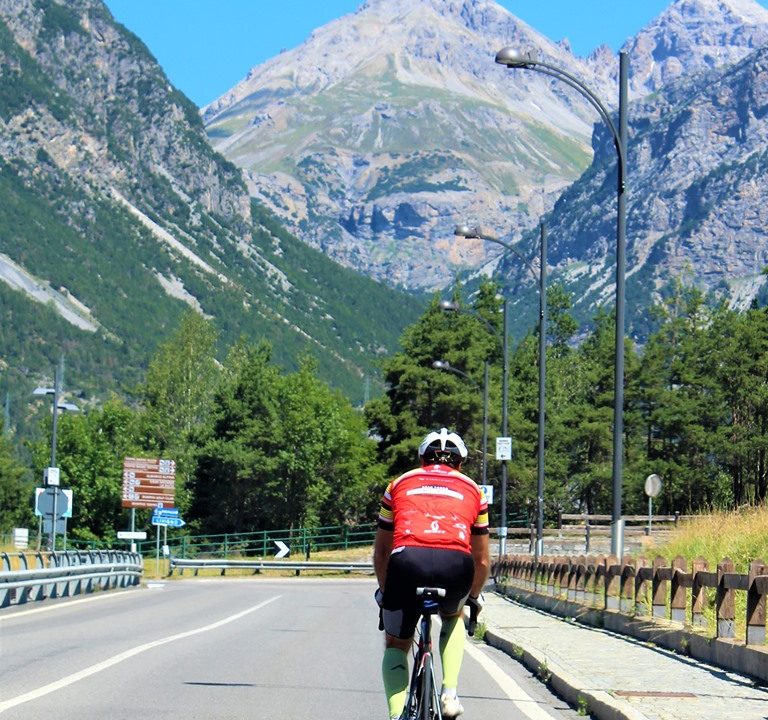 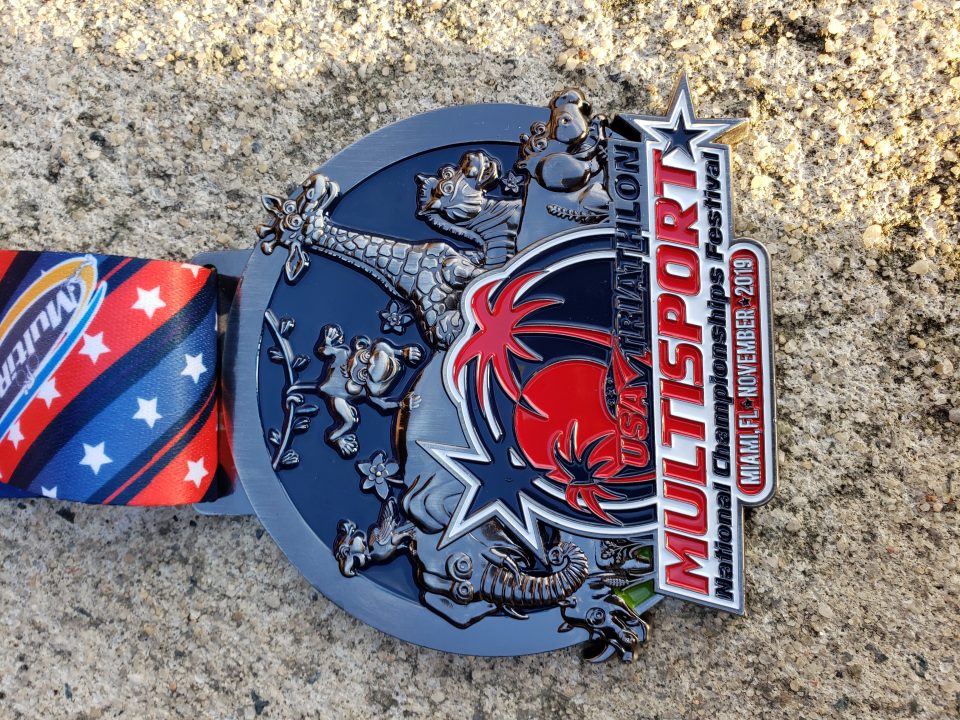